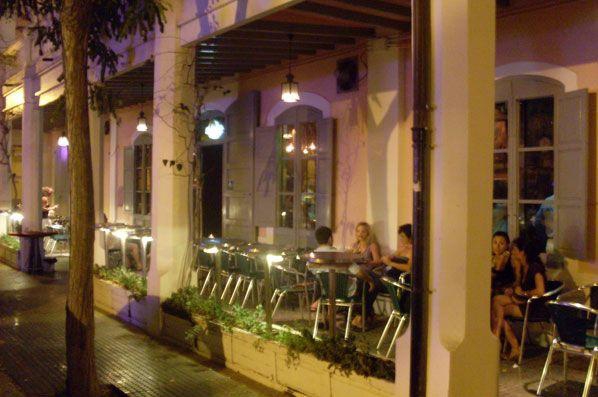 The classic music bar of Teatro Pereyra is undoubtedly without exception. Set amid the dramatic footstep of Ibiza Town’s mesmeric ancient fortifications of Dalt Vila, the island’s original theatre has been expertly transformed into one of the town’s hottest night spots. Ever since first re-opening its doors on the 8th August 1988, Teatro Pereyra has failed to miss a night of live entertainment. This is testament to both the vision and hard work of the owners and to the venue itself. There are only a handful of places that are able to attract such a long and distinguished list of performers, both famous and non-famous alike.

There is a certain Parisian feel to Teatro Pereyra; rich red velvet curtains drape from the windows and large (verging on vulgar yet similarly aesthetically brilliant) chandeliers hang from the ceilings. The bar is open for 20 hours of the day, and for the majority of this period, it is a very chilled out and quiet venue. However come nightfall you could feasibly be in a different place entirely. The live performances commence at 23:30 and continue through until 03:00. The atmosphere throughout is electric, with people of all ages and nationalities coming together to drink and dance the night away. The stage has seen the likes of Barbara Tucker (residency every Sunday throughout August), Laura Fowles, Blues Dave and Rafa Garces to name just a few, however no matter what the night and who’s performing, one thing for sure is that you will be guaranteed a good time!

Teatro Pereyra is open every day except Sunday from 08:00 – 04:00. The bar will be open Sundays from the last weekend in July and throughout August. There is no entry fee to be paid, which adds to the character of the venue. And most importantly of all, no matter whom you are and what your age, all are equally welcome!