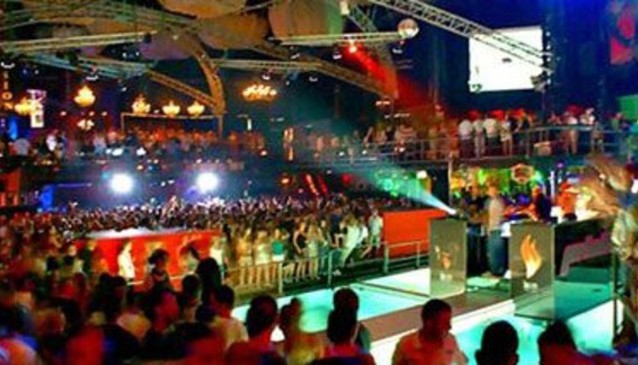 Made up of exotic terraces and grand dancefloors all open to the elements, and laser light displays that could be seen from mainland Spain, this was a truly unique nightclub, and its popularity soared. Attracting famous faces from across the globe, nights written about in Ibizan folklore include Freddie Mercury’s rendition of “Barcelona” and the naked rain dance of Grace Jones.

That’s not to say that Privilege in its current state is not to be admired. Having undergone major transformations since its early days, the club now contains a roof and boasts the iconic metal-framed dome which sits above the open-air chill out zone. The venue is quite simply vast; the whole nightclub holds 10,000 clubbers at capacity, making it the largest in the world according to the Guinness Book of Records. Privilege has to be seen to be believed, and one step inside the main room is sure to take your breath away, particularly on a busy night. The dancefloor stretches out before the swimming pool and DJ booth above, with access to additional rooms hosting VIP areas and alternative music. No fewer than fourteen bars, scattered throughout the club serve the masses that come to this infamous destination.

In recent years the club had flourished with ownership of hit night Manumission, which would regularly attract a capacity crowd, but since losing this weekly event to its closest competitor, Amnesia, Privilege has lacked the line-ups to draw in big crowds. The club will struggle to turnover a profit if they do not manage to bring back the punters in large numbers, and clubbers could be left wondering where the legendary atmosphere of this place has disappeared to. However there is no doubt that with its size, Privilege can play host to a memorable evening, when the euphoria of the tunes is met by that of a full house.