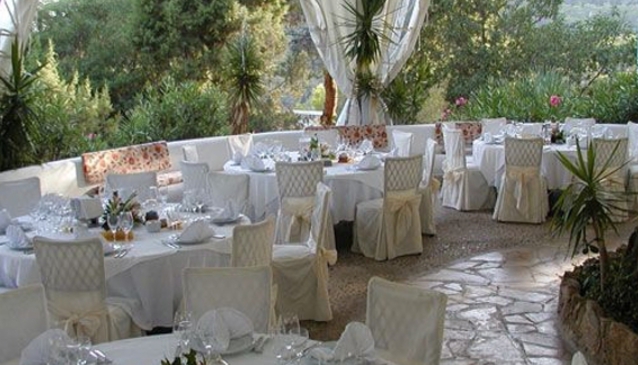 However, La Casita is the type of restaurant that is well worth going out of your way for and, for those in the area, there really is no excuse for missing out. Tucked away from the main road, it benefits from a peaceful setting without, perhaps, any of the grand views that more envious positions on the island boast. La Casita lies just five minutes drive from either resort and offers some of the best food around. So much so that this restaurant has become quite the institution on Ibiza since its opening over thirty years ago. It attracts locals and tourists alike, many persuaded into returning time and time again by the high-quality cuisine.

The restaurant is set in an old finca which has been converted to suit its purpose, but arguably the centrepiece of La Casita is now its spacious pavilion area, positioned in the garden outside. Not only does this large space play host to large parties such as weddings, baptisms and New Years celebrations, but also doubles up as great dining space for romantic couples and larger groups alike. Moreover, the team at La Casita have become such experts at cooking for the masses, that they can offer their high-class service on the road, catering for private parties anywhere on Ibiza.

Restaurateur Johannes hails from Austria, bringing with him influences from all over Europe and always looking to make valuable additions to the menu. It makes for an interesting range of options and some very enticing ones at that. One recent addition is that of lobster which regularly appears on the weekly specials menu in several different guises; the salad with lobster and scallops being worthy of a special mention. The main course choices induce the same indecision as those for the appetizer. Meat, and particularly steak, probably just edges it as being the speciality of the house and I would certainly recommend following in my footsteps with the Chateaubriand. Visit La Casita on Tuesdays during the summer months and you will be further spoilt by choice, as the restaurant puts on a barbeque with suckling pig and ribs on offer.

All of our providers offer 24/7 support

Create & Share your own Guide to Ibiza with friends and family!