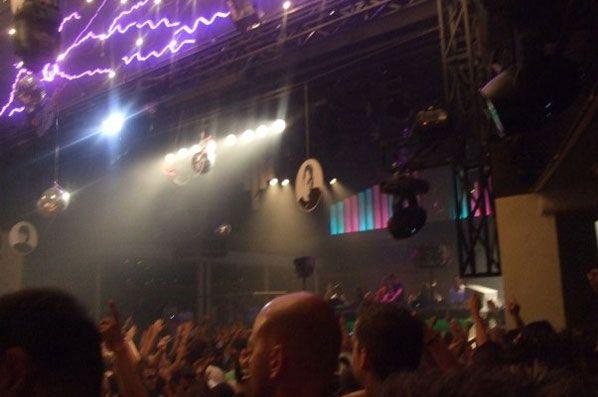 An international reputation precedes it, and a 'night' out here seems to be at the foremost of every clubber's dream, making it incredibly popular throughout the summer season. Space made its name for the introduction of its after-parties, opening when the other clubs were closing and running throughout the day; a unique feature that set it in a class of its own. This tradition is still continued to an extent, making Space somewhat of a day-night club, although local government has recently imposed stricter licensing laws that limit the opening times.

The owners of Space pumped a substantial sum of cash into the venue just a few years back, transforming it into what must now be one of the coolest clubs around. (It has twice received the International Dance Music Awards accolade of Best Club in the World). The building of a roof over the notorious open-air terrace that houses the headlining DJs was enforced by the introduction of new noise regulations, but arguably the club has benefitted from the revamp, with the construction of a classy chill-out terrace and exclusive VIP section to go with the new-look main room. What's more, the club can now be partitioned into two separate areas, allowing two events to take place at the same time.

The Space experience is really quite special; stellar line-ups embraced by big crowds of exhilarated partygoers from around the globe. Sunday's We Love, a session to end the week (or start the new one!) with a bang is particularly worthwhile, although if your stay in Ibiza encompasses either an opening or closing party, then make sure you don't miss out. Organisers extend the club parameters out into the adjoining car park, allowing in excess of 10,000 clubbers to descend on Space for a night of euphoric anthems and debauchery.